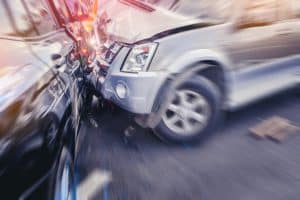 There’s no excuse for driving while intoxicated. Yet drivers in Columbus, Ohio, and the rest of the country drink and drive in large numbers every day. It’s simple. If you want to have a drink – don’t drive. Arrange for a sober driver to take you home. Take the bus home. Walk home. Have someone pick you up. Drivers who are intoxicated are a danger to themselves, other drivers, passengers, pedestrians, and bicycle riders.

Some recent data illustrates that while the number of drunk driving arrests is down, they’re still much too high. According to an NBC report, the good news is that there was a 22% decrease in the number of OVI (operating a vehicle while intoxicated) arrests in the first seven months of 2022 as compared to the same seven months in 2021 here in Ohio. In 2022, 11,766 people were arrested for an OVI as compared to 9,182 in 2021.

Why is drunk driving so dangerous?

Drunk drivers don’t just end lives or cause catastrophic injuries. They change communities as well. With all the education about the dangers of drunk driving, there are still simply too many people who drink and drive. Forbes provides the following drunk driving statistics, based primarily on information from the National Highway Traffic Safety Administration (NHTSA):

How does drinking affect driving?

Who is responsible for a Columbus drunk driving accident?

The driver is typically the person primarily responsible for a drunk driving accident. Some of the other people and businesses that may also be responsible include:

Ohio also has a dram shop law that holds anyone or any company that has a permit to sell alcohol liable for an accident under certain circumstances; typically that an employee knowingly sold alcohol to a visibly intoxicated person. The person’s intoxication must be the proximate cause of your injuries or the death of a loved one.

What’s the difference between an OVI criminal case and civil case?

Drunk drivers who cause an accident are often charged with an OVI offense. Drivers can be charged with an OVI if they drive while under the influence of alcohol, drugs, or both. Ohio’s OVI statute has different definitions of “intoxication,” including having a blood alcohol concentration level of .08 or higher.

If the driver who caused your Columbus accident is charged with an OVI, then the criminal case will usually proceed first. Our lawyers work with the prosecution and the police. We may be able to use the conviction itself to show liability in your civil case. Alternatively, we can use the evidence such as the breath or blood tests to show the driver who struck your car was intoxicated.

If the driver who struck your car was not insured, we will seek to have your own UM/UIM (uninsured/underinsured) insurance company pay your damages.

There is no excuse for drunk driving. That is why, in addition to demanding payment for all your medical bills, financial losses, and pain and suffering, we usually seek punitive damages in drunk driving cases.

At Soroka & Associates, our Columbus car, truck, and pedestrian accident lawyers understand how devastating drunk driving accidents are. Drunk drivers are unpredictable which means there’s no way to defend yourself. These types of accidents often cause brain injuries, spinal cord injuries, broken bones, and death. Call our Columbus drunk driving lawyers at 614-358-6525 or use our contact form to schedule a free consultation. We’re ready to help you today.